An exquisite excursion for the most “conscious” travelers is the excursion to Balos Beach and Gramvousa Island. Driving once again to the west of the island, we make our first stop in the beautiful city of Rethimnon, where we have some time for our coffee of breakfast. Moving on, we drive past the city of Chania and after a while, we arrive at the port of Kissamos, where we set out for our trip.

During our boat trip, we have the chance to admire a vast cave –most likely an ancient shipyard, sea turtles or monk seals and of course, the dolphins of the area. We also witness an impressive geological phenomenon: the simultaneous lifting and sinking of the two sides of the island, where its western side rises up to 6-9 meters above the sea level.

We disembark at the island of Gramvousa, which is also known as the “Pirates’ Island”. It got its reputation during the Revolution, when it was used for 3 years as a base by 3,000 rebels, who had to become pirates, since it was the only way for them to get some food. We are instantly blown away not only by the natural beauty of the place, but also by the dashing Venetian castle that prevails on the highest spot of the island, at the top of an extremely sheer cliff. The position of the castle is exceptionally strategic, as it protected the whole region of the northeastern Crete, while its size still impresses the visitors. The stunning view from its walls, its grandeur as well as the legend about hidden pirate treasures prompt us to visit it. The broader area of Gramvousa forms one of the most significant hydro-biotopes of the Eastern Mediterranean, since here we can encounter over 100 bird species and 400 plant species. After our exploration of the area, we have plenty of time to enjoy our swim at the gorgeous beach with the wonderful colors, take a few shots of the famous shipwreck of the island or have lunch aboard (optional).

In the early afternoon, we head for the lagoon of Balos, one of the loveliest places in Greece. The view of the lagoon is truly breathtaking. Balos is renowned for its numerous cacti, its undergrowth, its splendid beach, its white sand, its jade-green and turquoise waters, its warm and shallow sea, its wild natural beauty that bring us in mind exotic beaches in the Caribbean. These few hours of solitude in such a paradise will surely be etched in our memory for ever. 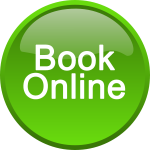 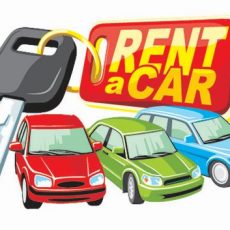